Once I exited the kid years the benefits of recognizing the fact that I’m aging at an alarming rate diminished quite a bit. And that’s not to say that I don’t have enough stuff or I don’t tend to wind up owning the things I ultimately want, but the actual benefits of a birthday celebration are generally lost on me. I’d rather just have a party and call it something else, dodging being the center of attention and getting out of having to listen to people sing “happy birthday” (which unless your Jasmine and singing in a foreign language is horribly awkward). Last year we had a Mitchell fest around my birthday, and it simply went unannounced. That went off pretty well but this year I decided I wanted to do what I most enjoyed – which is taking photos. 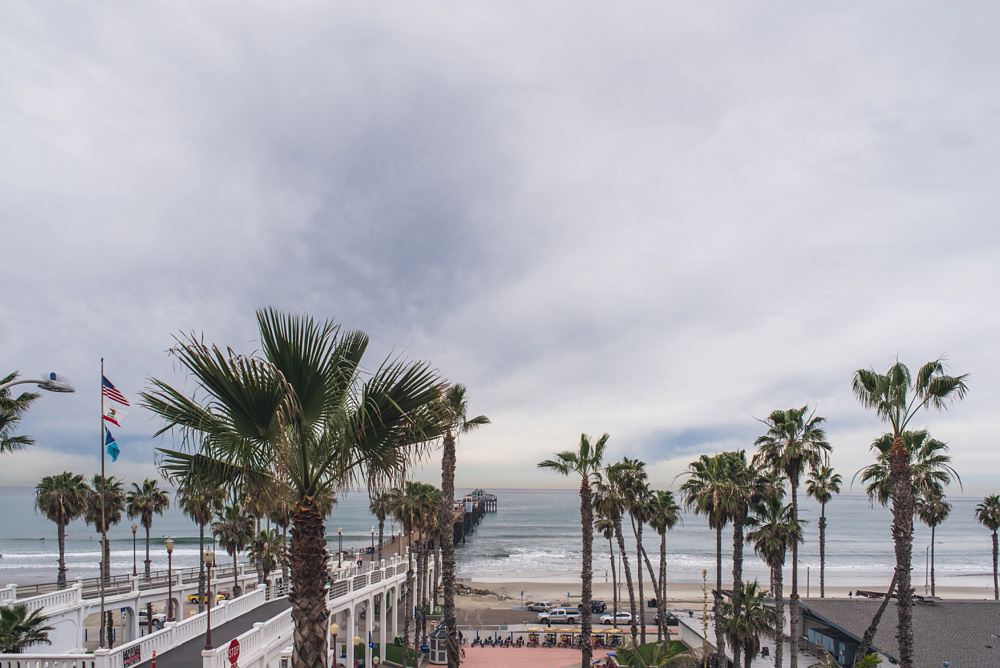 When it comes to actually planning my own birthday I really want nothing to do with it. So I forced Melissa to, which sucked for her because she’s been pretty busy lately. She came up with a spot in San Clemente to shoot (it’s a million miles north of San Diego if you’re not familiar), and we ended up staying at a Wyndham in Oceanside thanks to Jeff. That was the view from the window. Unfortunately the weather was pretty lackluster the entire day, and actually did rain lightly a bit at times. 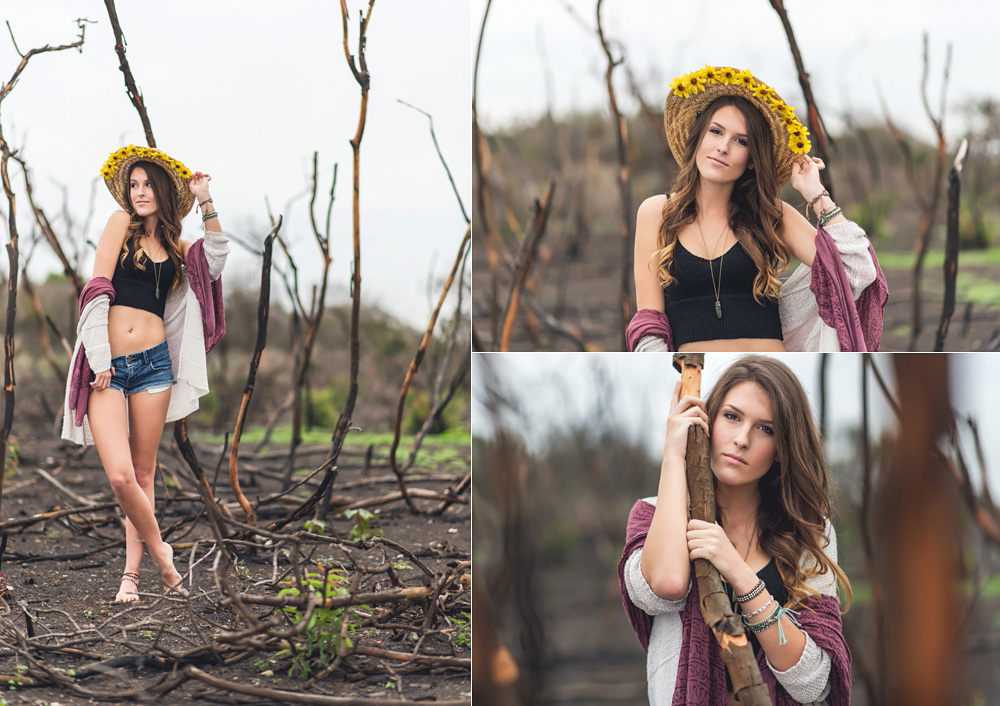 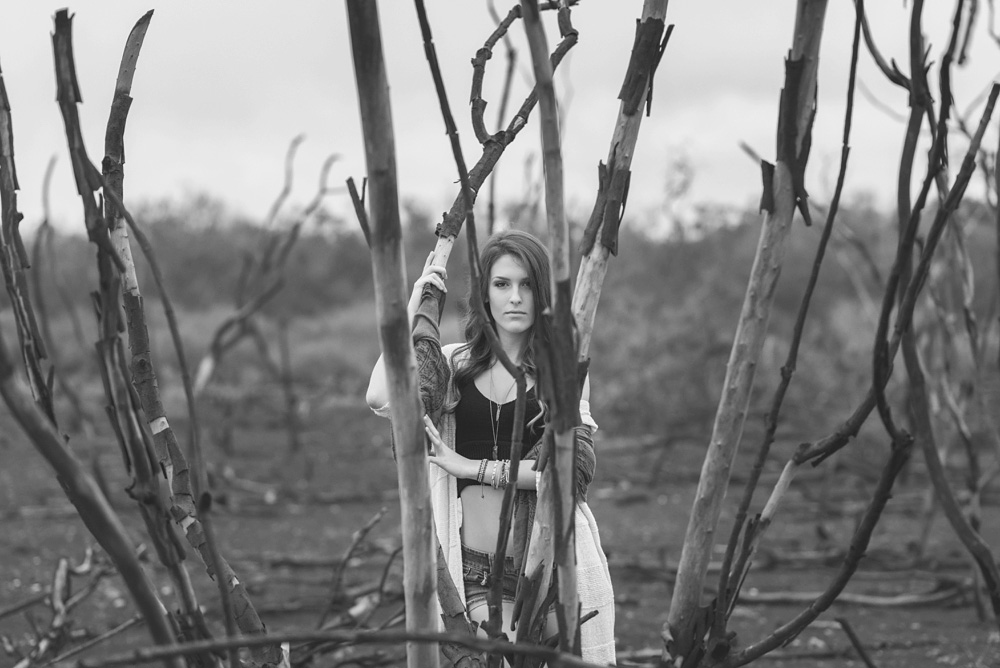 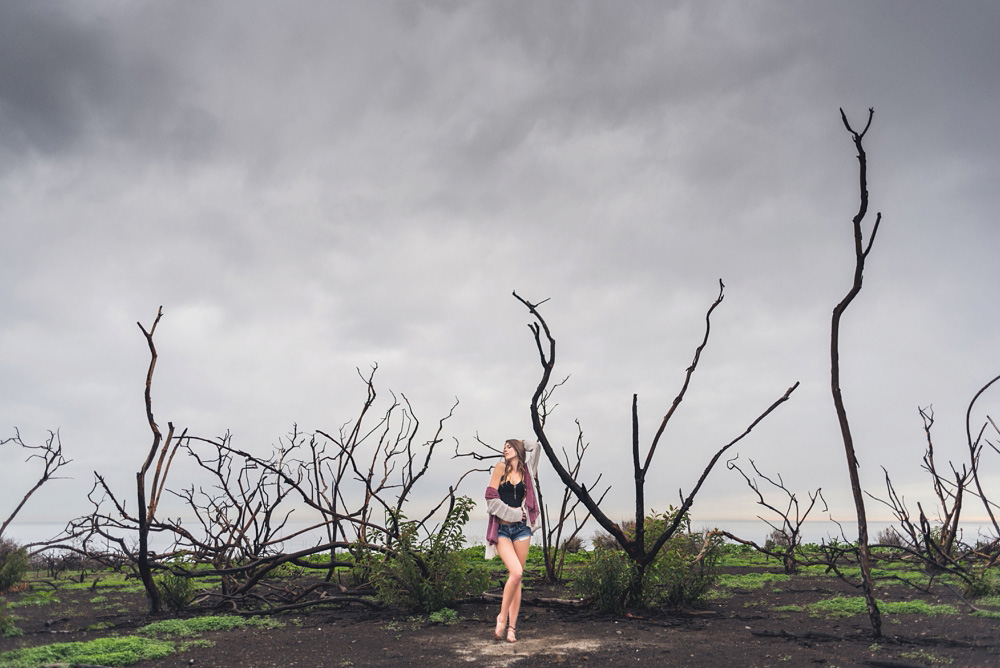 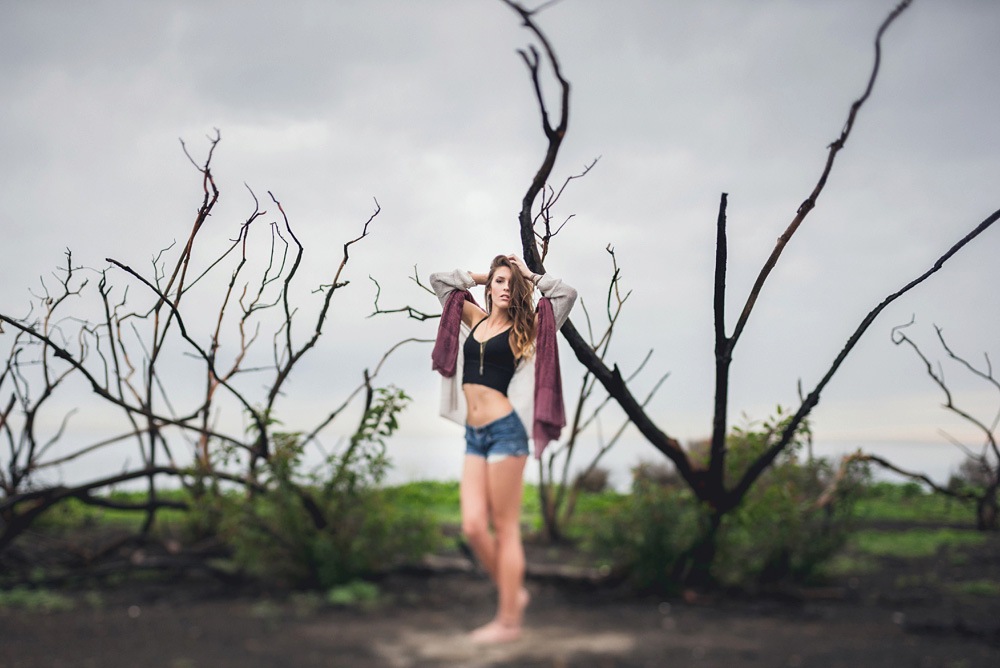 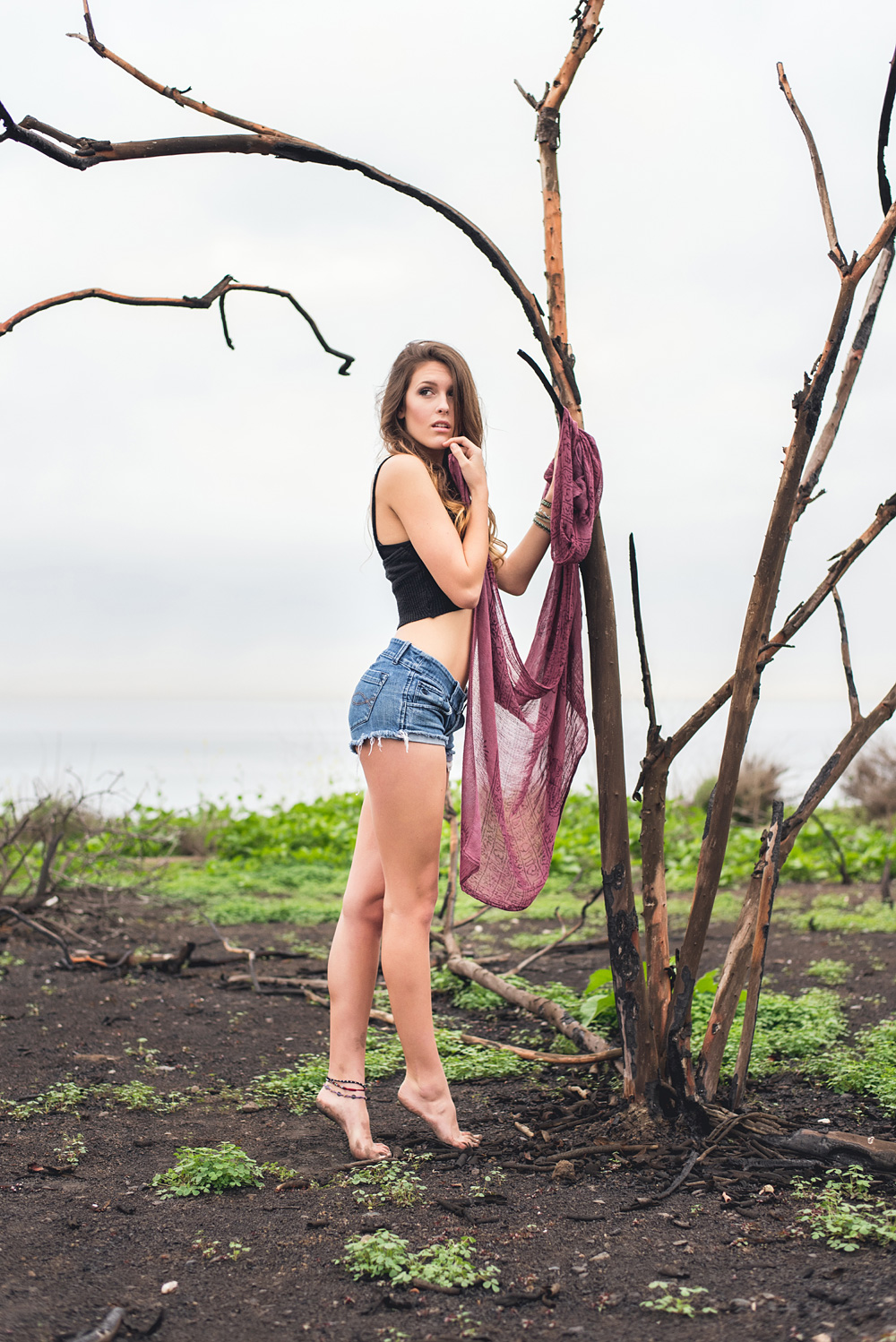 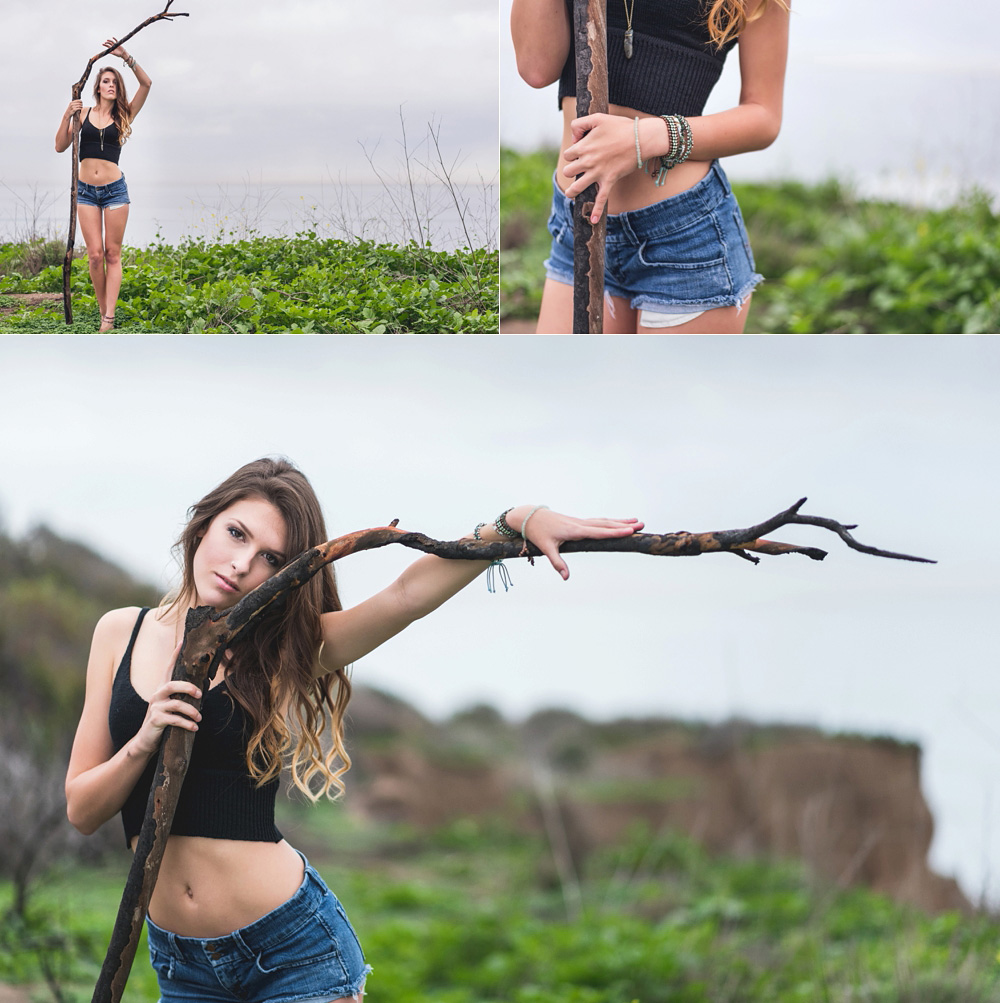 Reno had class that day, and really from a logistical standpoint it made little sense for her to even be there that day. But she was, because she’s an awesome new friend. And thanks to Lisa and Brian for making her being there a reality. Reno is lovely and down to earth, you’d never guess her age from talking to her and very obviously she photographs exceptionally well. She missed the bonfire at the end which was a major bummer though! 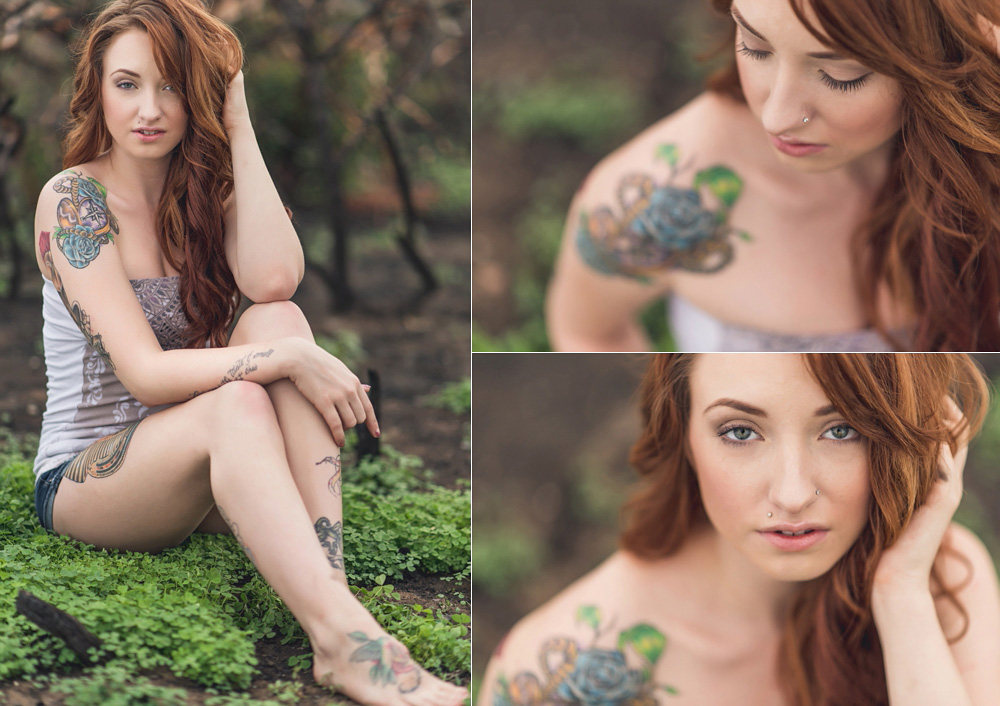 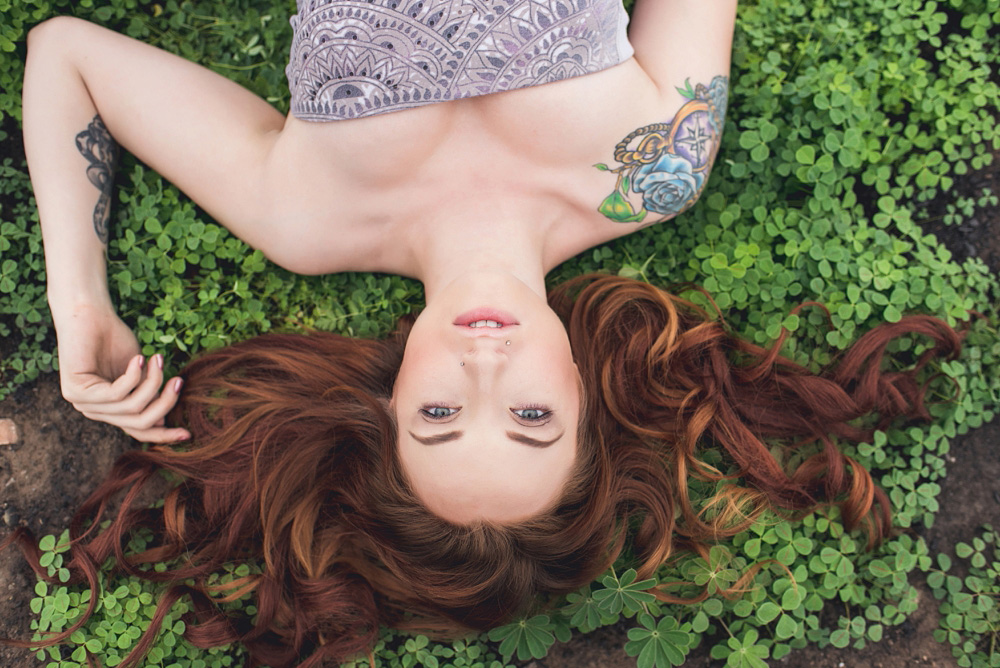 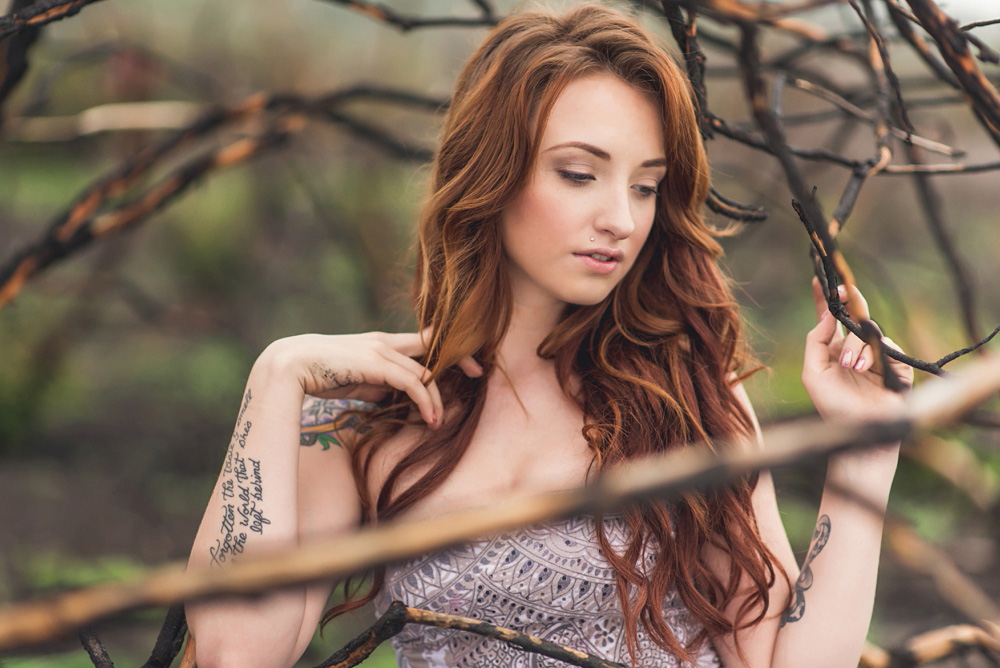 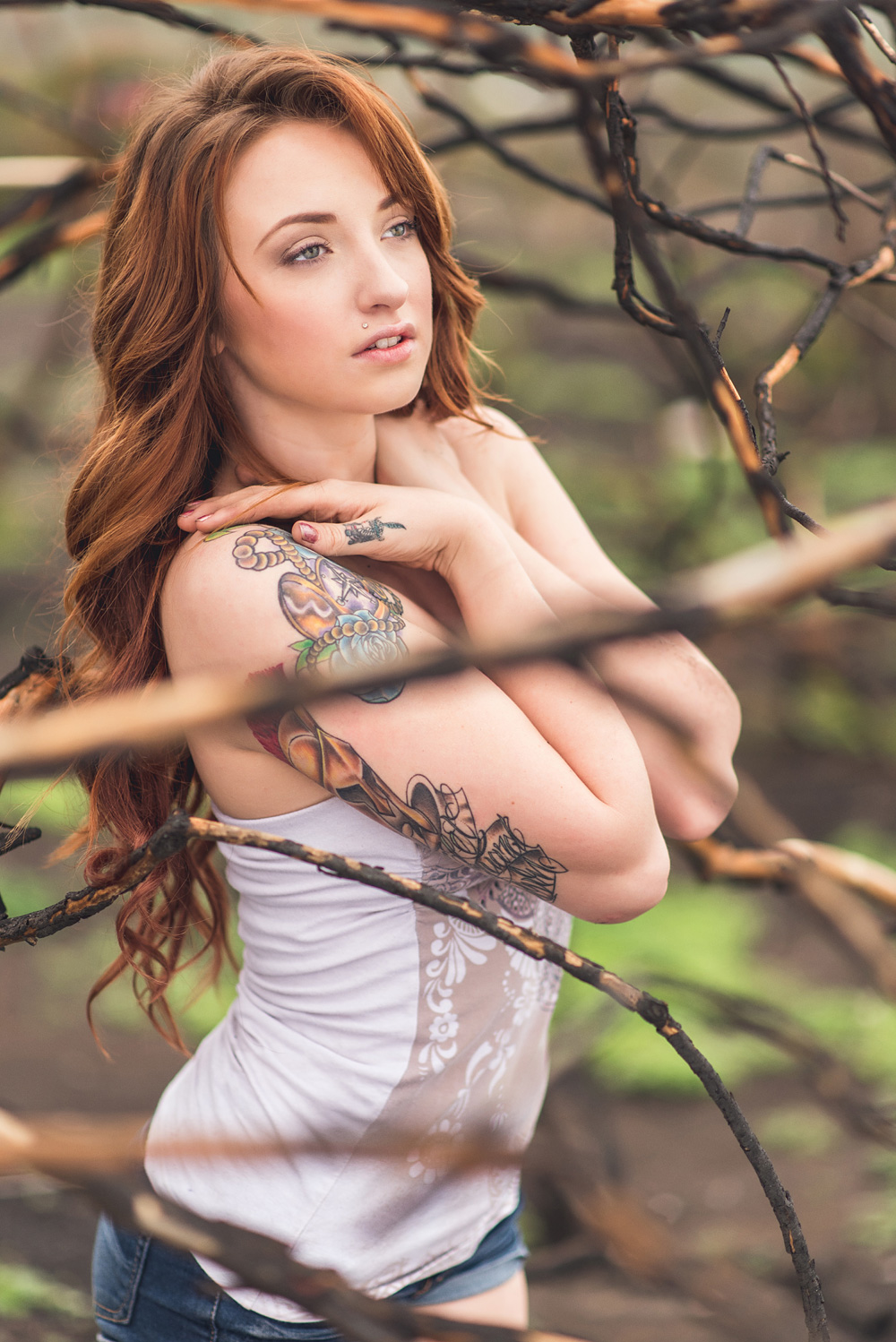 It seems like forever ago since Cheriene and I did a shoot with Mari back when she had extremely red hair. I actually love this new more natural look on her (not that the previous red was bad) even if Mari is herself a little unsure of it. Mari has a sweet, playful personality. She just feels happy to be around, and I think most of us need more people like that. 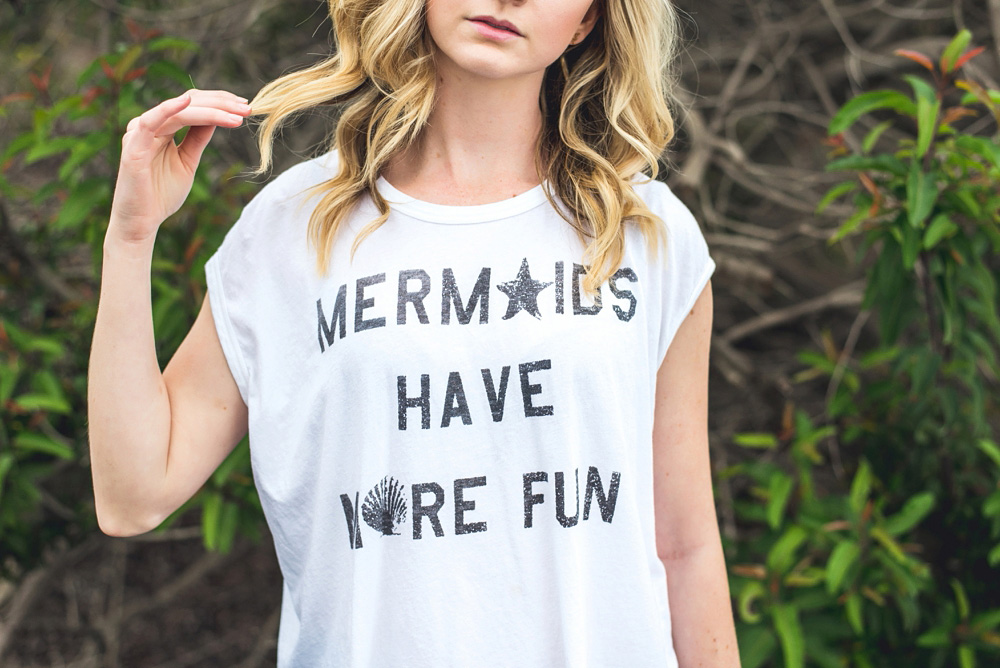 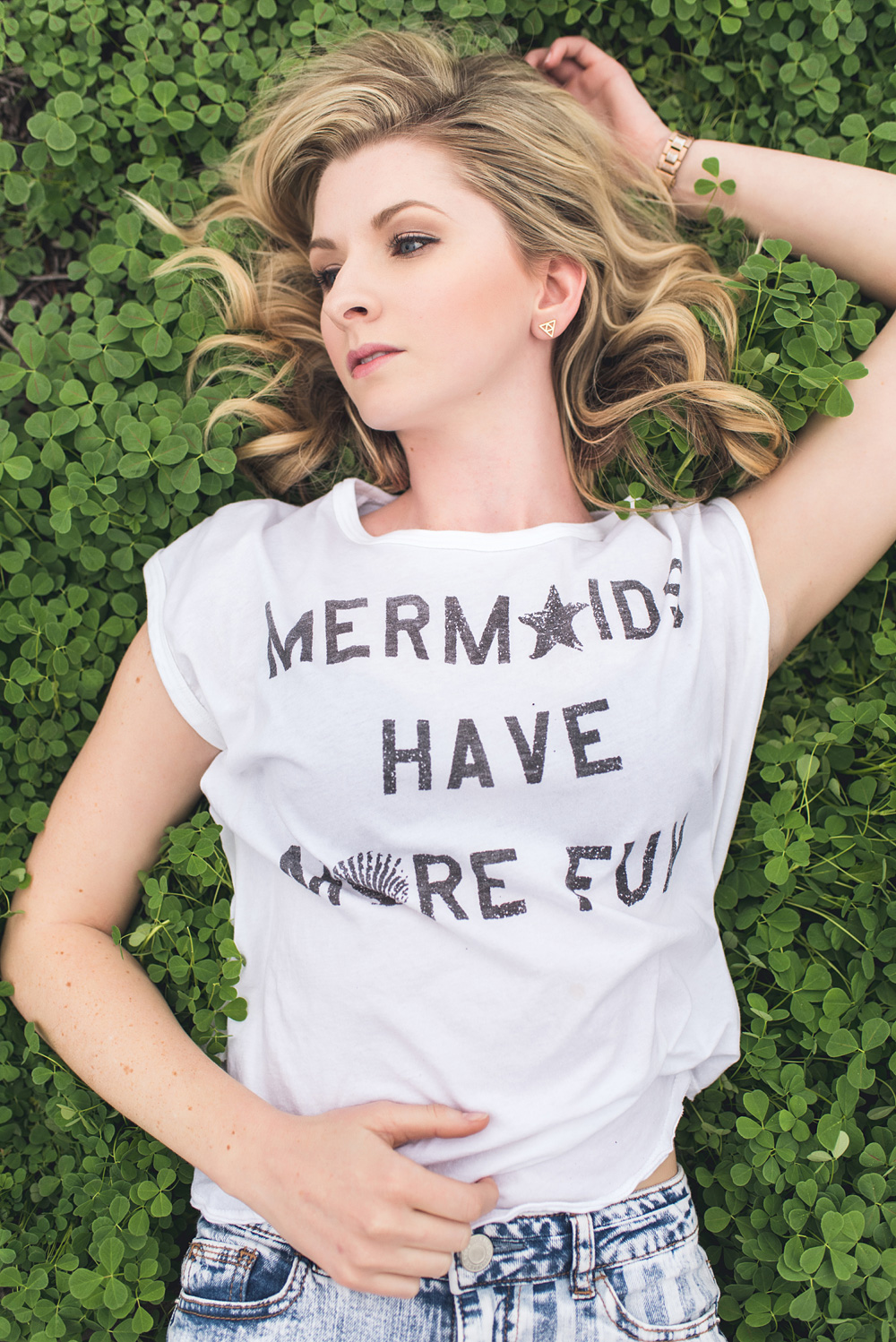 Lindsey Lindsey. Of my three amazing models at my birthday shoot she’s the one who would probably never say she’s a model – yet she photographs so well. Every time I’ve photographed her she’s started off kind of gradual and then her confidence is just on and the results get so amazing. She’s also just like family to us now, it’s so good to be able to just see her with her work and school schedule. Photographing her is a wonderful treat.

We had massive amounts of confusion as to where exactly we were supposed to be set up for our party, and the spot we ended up was actually a random campground south of San Onofre. We were supposed to be further north. We however were running a bit behind, and were trying to maximize time before we lost our light or it started raining. So we found a patch of dead forest on a bluff that had been recently burned, and it had for such a great eerie spot for photos. 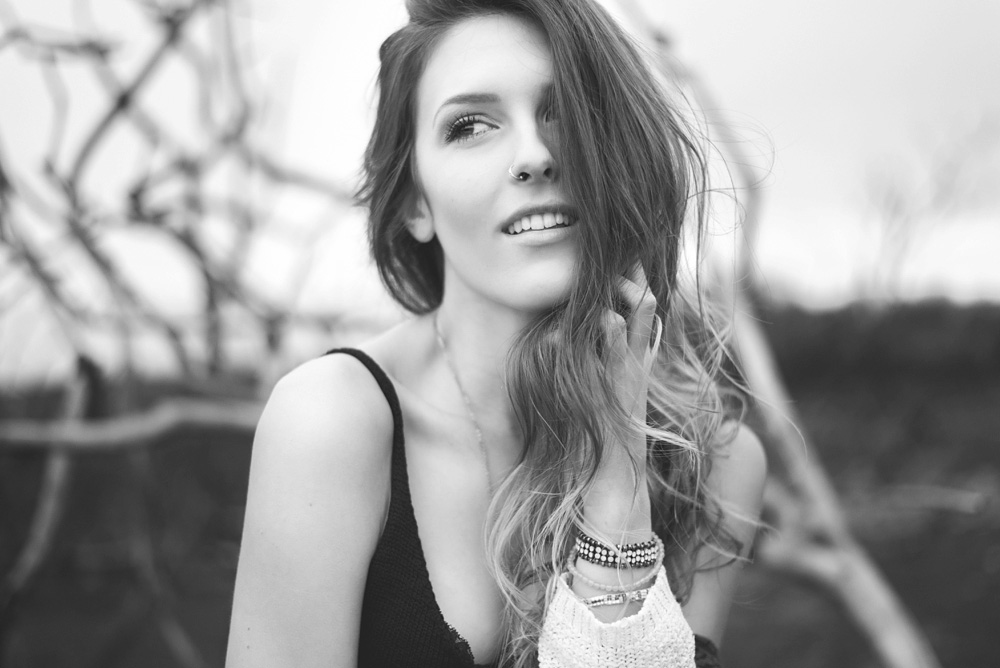 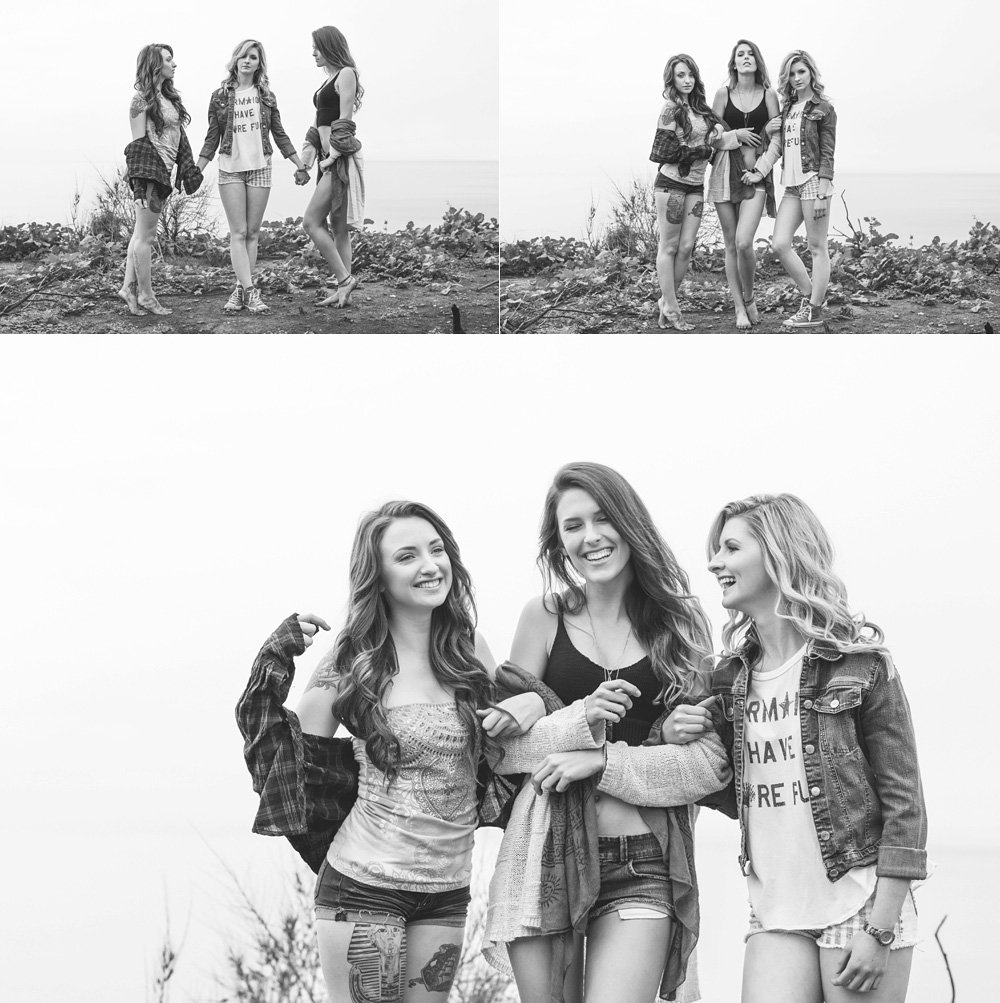 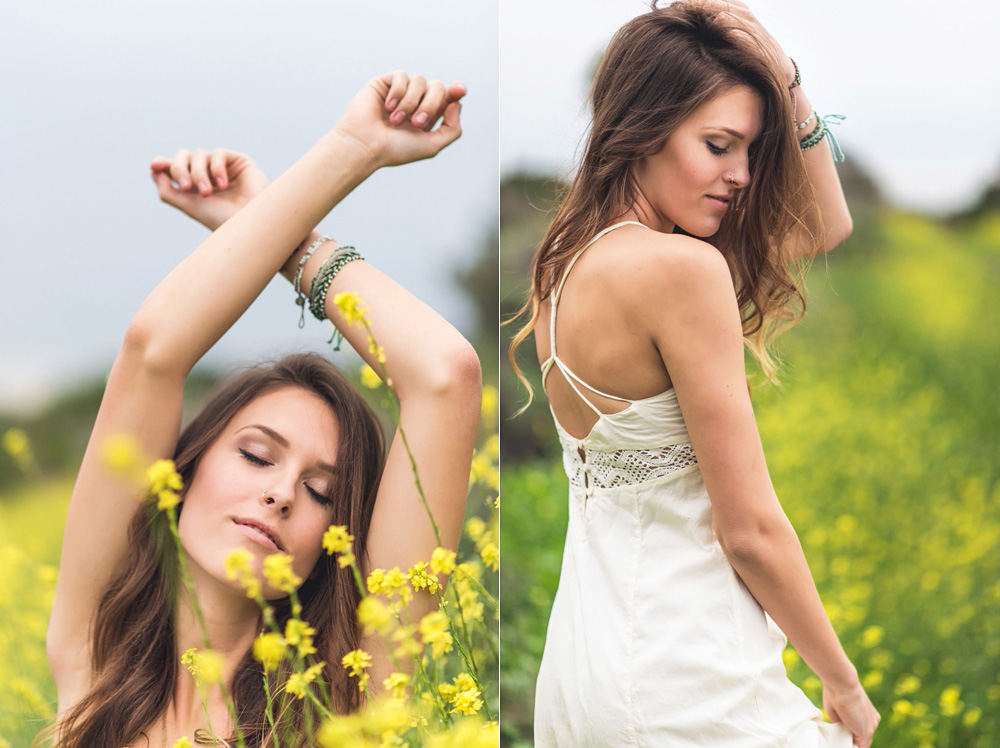 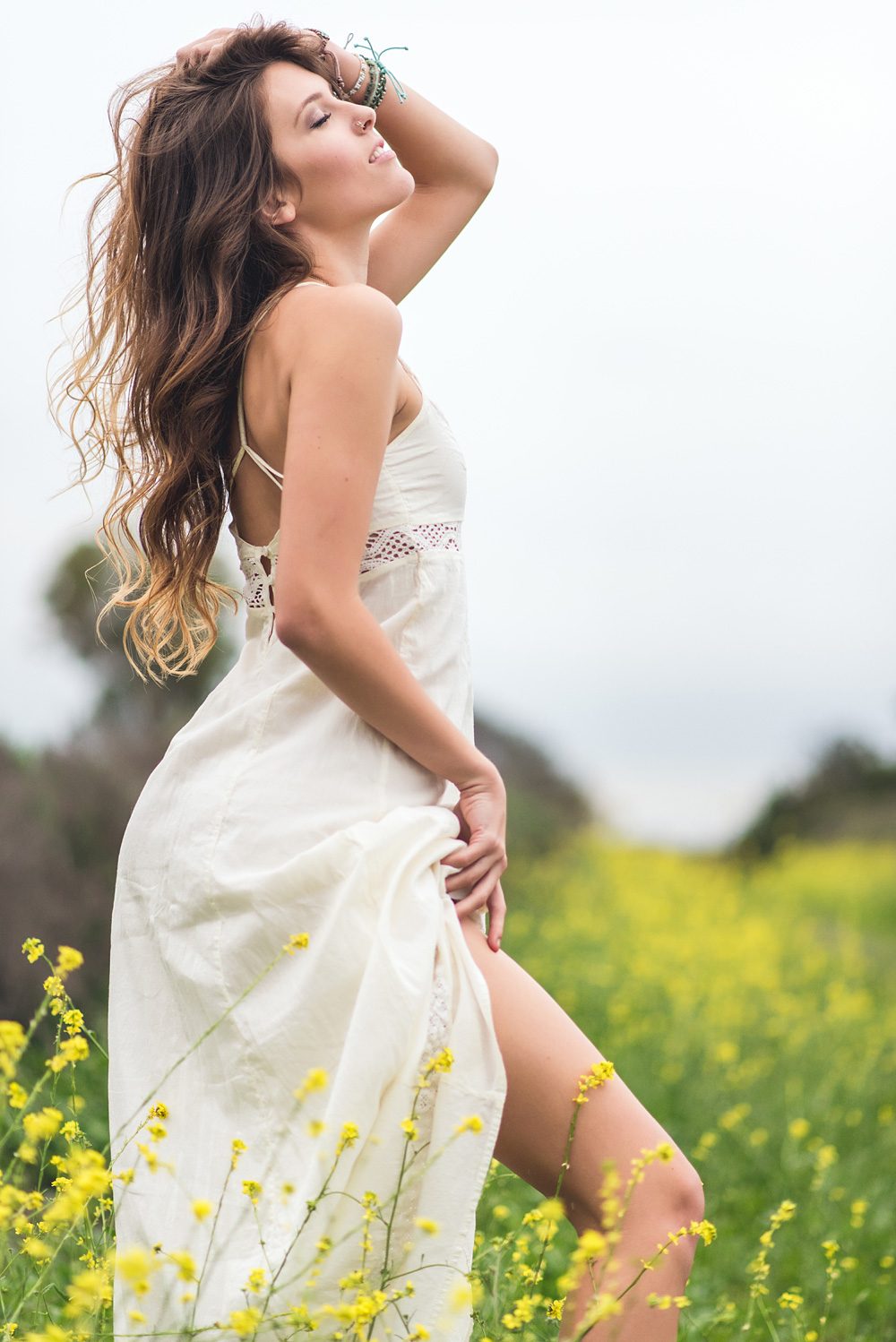 I had wanted a somewhat different background for our second looks, and time was running out.  I found this other spot with these awesome wildflowers and started to photograph Reno. Then from out of nowhere an art hating park ranger came by and ejected all of us. I was able to capture a few of Reno in the flowers just before this happened. 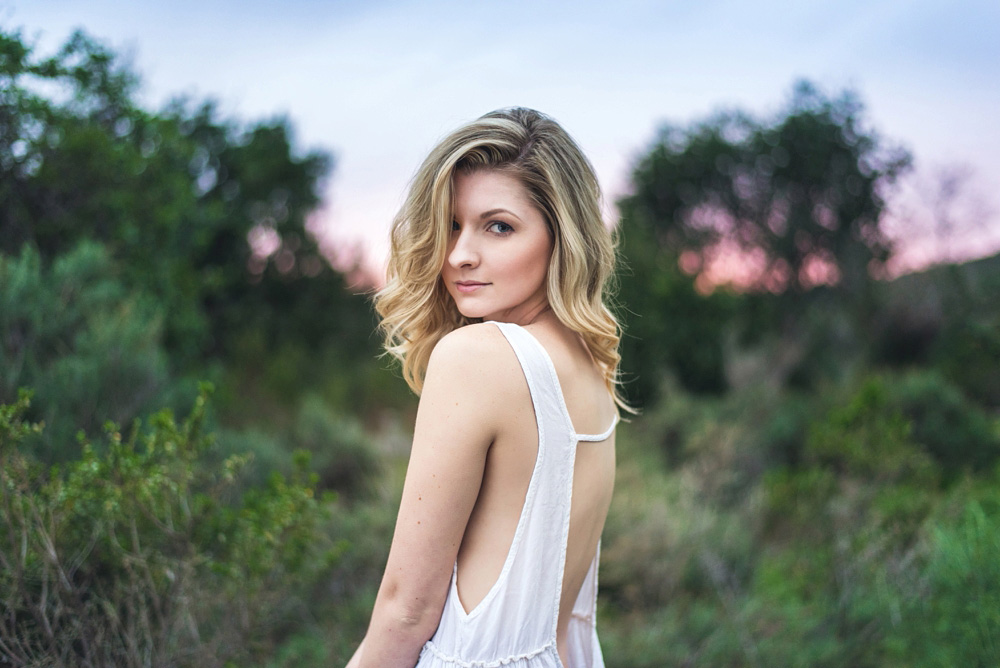 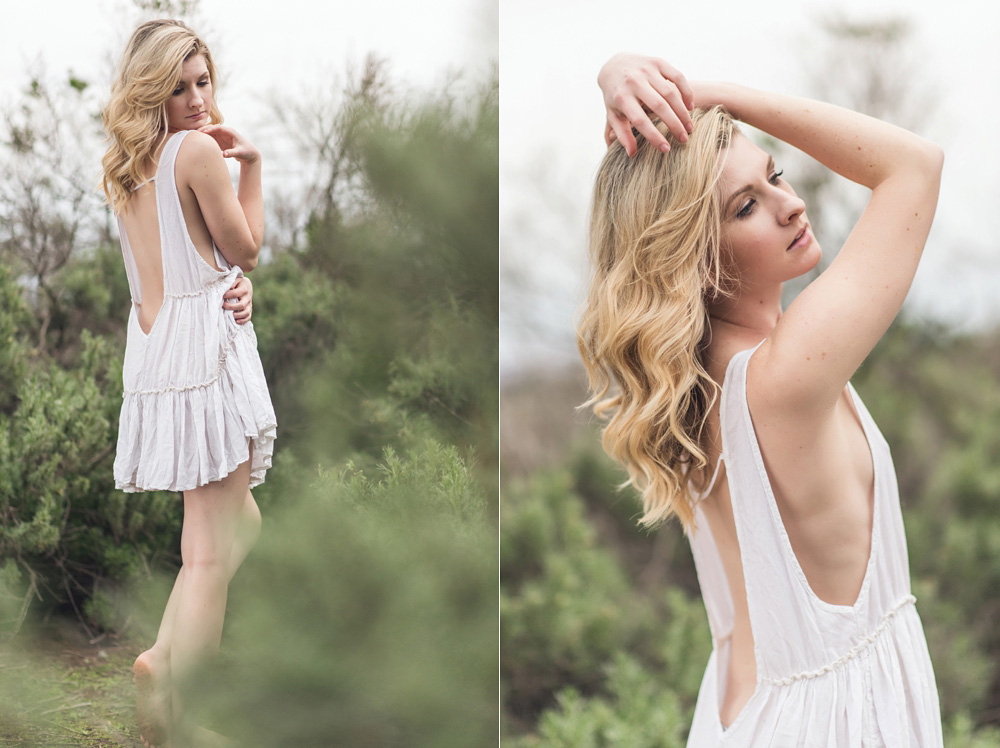 In the midst of all ranger ejection, Ali, Sam, Carlos, and Lisa had managed to find the campground where we actually were supposed to be for our bondfire. It was really threatening rain, but I decided to go for it. Really glad we did. We arrived just in time to find this amazing light breaking out of the clouds. The light only stuck around for a few minutes, but Morgan and I got to photograph Lindsey in it. Don and Jasmine were working with Mari, sad I didn’t get to take any shots of her in the green dress. 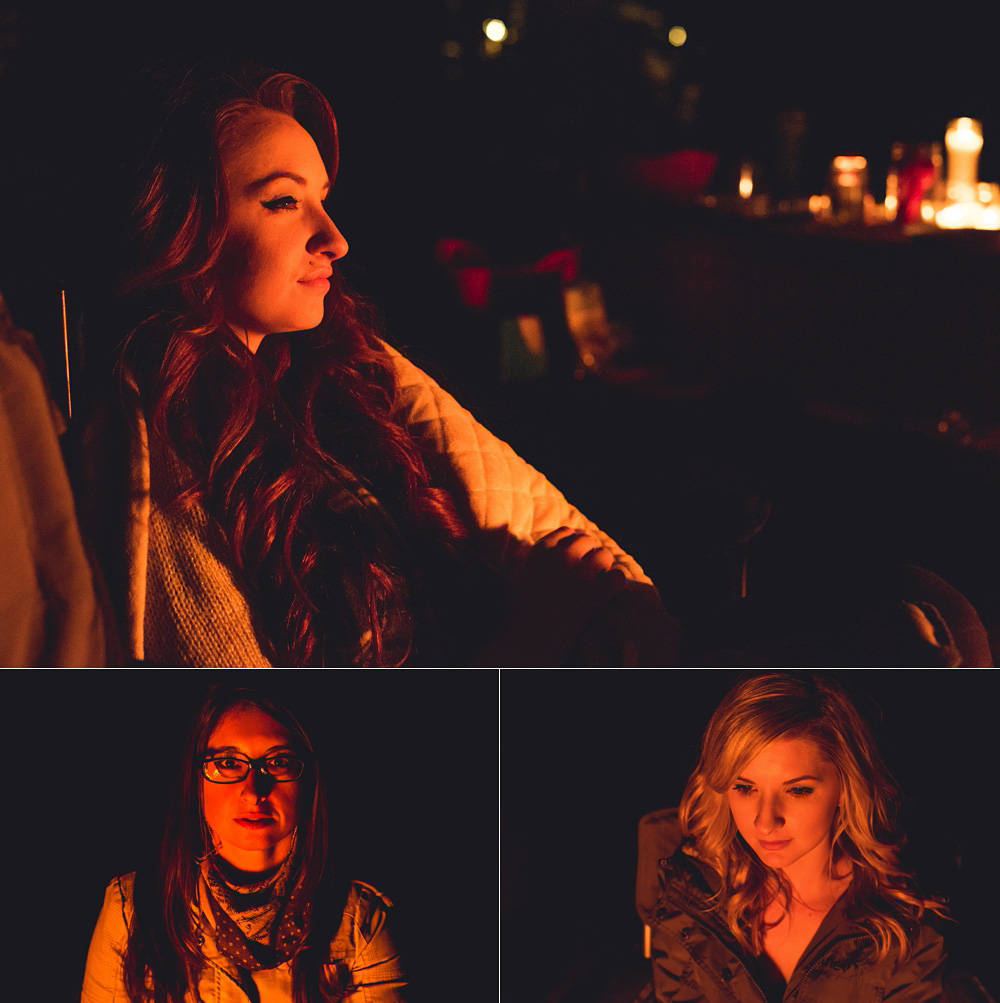 Having gone back to Nikon, Lisa and I were having a blast taking photos in the fire light experimenting with the Nikon “High” and “Ho” modes. You would have had to have been there to appreciate any high hoes. 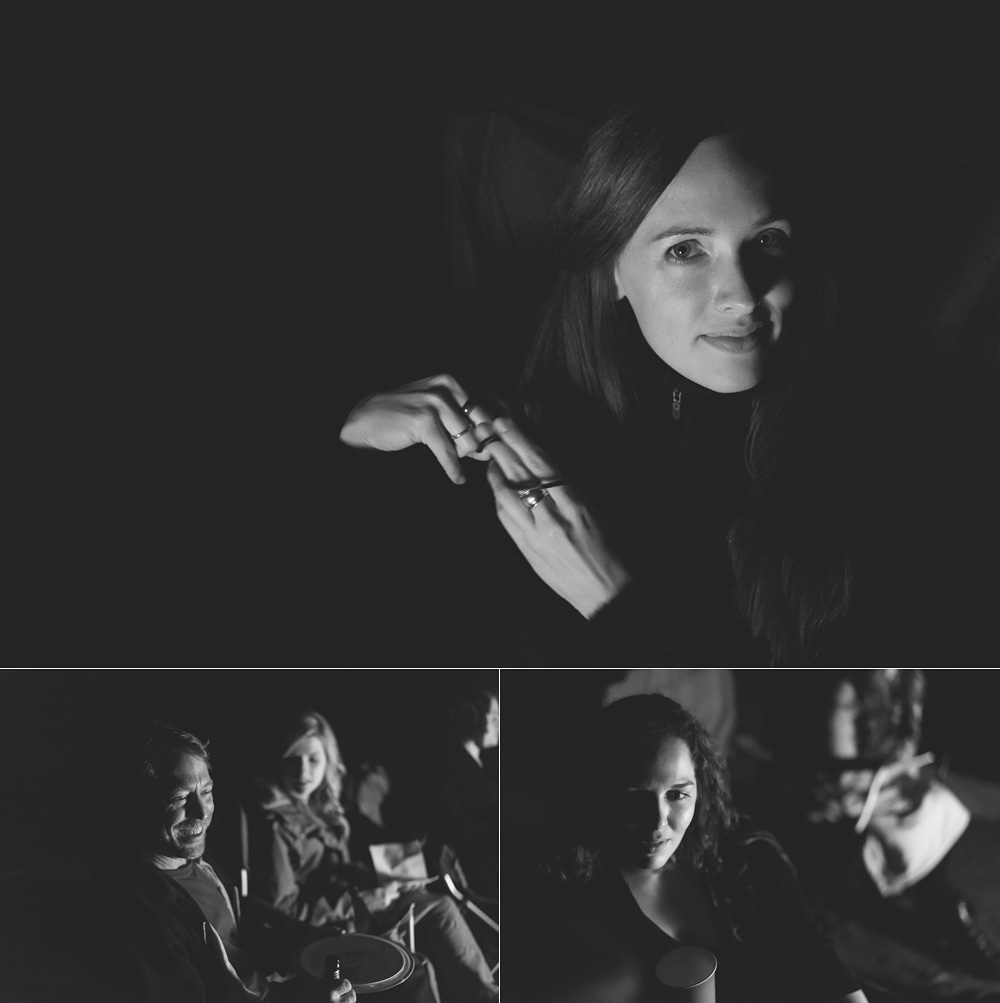 And of course thanks to Melissa for doing most of the organizational work in making my event happen. Somehow she dodged the camera. As did Cheriene who did all of the model’s hair and makeup. It was a really great day, and I have some amazing friends.