will I ever see you again?

It’s a rather surreal feeling to know there is a chance you’ll never see someone again. It’s a feeling I’ve experienced a lot due to moving around. Perhaps it’s too much of a glass half empty philosophy? But it’s something that I think about. I started thinking about it today when I revisited an old image from my life in Portland. Having lived in 5 major cities has afforded me the opportunity to meet multitudes of people whose path would have never crossed mine had I never left my home town.

My editing techniques evolve, and every year or two I feel like there is some sort of change. When I do change things up sometimes I find myself looking at old photos that I perhaps didn’t originally edit in a way that resonated with me. Or maybe the new way is just better than the old way. The nice thing about shooting RAW is you can go back and start from scratch.

There were a bunch of photos from this canola field that Whitney brought me too that I loved. But I never really liked how some of the edits had turned out. I don’t remember what stupid action I was running at the time, but this particular frame never really looked the way I wanted it until I re-edited it today. 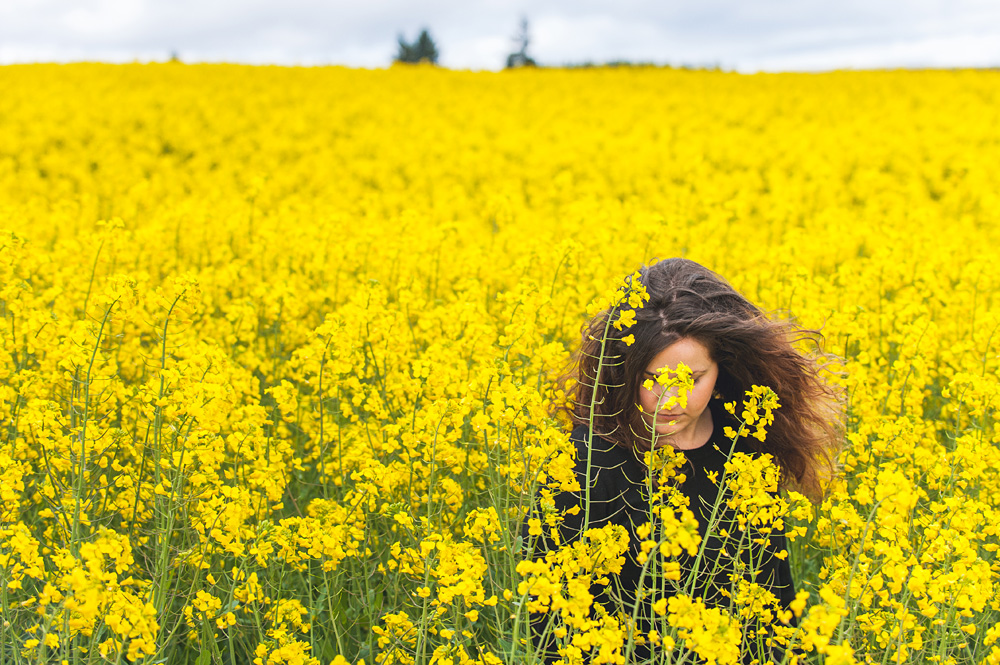 Will I see Whitney again or ever have another photo adventure with her? It’s hard to say. It’s taken me quite awhile to get to the point where I could see myself going back to Portland to visit outside of a work obligation. While the city itself doesn’t fall victim to the title of the worst place I’ve lived (Raleigh, you officially have that crown) – it most definitely was not where I was supposed to be. And that’s hard, because I do miss people from Portland, and Portland is a photogenic place. The things I detest about Portland are personal experience entwined and cultural. And it’s the cultural things that most people who reside there love.